Dr. Michael Gelb, with world class offices in both NYC and White Plains, New York is an innovator in sleep apnea, painful TMJ / TMD disorders, and other head and neck pain disorders. Dr. Gelb has studied breathing related sleep disorders (BRSD), specializing in how they relate to fatigue, focus, pain, and the effects all of these can have on a person’s life. Dr. Gelb is known as “The Sleep Apnea / Sleep Disorders Specialist in NYC“, “The TMJ Specialist“. The Gelb Center is the premier destination for patients suffering from TMJ, headaches, or sleep disorders.

Dr. Michael Gelb is the co-inventor of the critically acclaimed Airway Centric™ medical device as well as the NORAD, or Nocturnal Oral Airway Dilator appliance that reduces snoring by positioning the patient’s tongue and jaw so that airways stay open. Dr. Gelb has also updated the Gelb or MORA™ appliance, named after his father, a pioneer in the industry, and has multiple patents pending for sleep disorder devices and pain management.

Dr. Michael Gelb is a highly rated author and speaker on TMJ, sleep apnea, sleep disorders, and chronic headache treatments. With over 30 years of experience, the renowned specialist has written and co-authored numerous journal articles and book chapters to share his knowledge and best practices with other doctors, specialists, and dentists. He has presented at numerous international meetings.  With significant involvement in TMJ research and chronic headache teaching, The Gelb Center is committed to early adoption of the latest research findings, medical technology, diagnostic techniques & treatments into clinical practice in order to give the highest quality care to our patients.

The Gelb Center was founded by Dr. Michael Gelb’s father: Dr. Harold Gelb. Dr. Harold Gelb graduated Cum Laude from Tufts University College of Dental Medicine. He is a past president of the American Equilibration Society and the American Academy of Orofacial Pain. His articles on TMJ Disorders have appeared in virtually every recognized dental journal including The Journal of Craniomandibular Practice. He was previously an Adjunct Clinical Professor at Tufts University College of Dental Medicine; a position he has held since 1992. In 1985 Dr. Gelb founded the Craniomandibular Pain Center at Tufts University College of Dental Medicine in Boston, Massachusetts. He was a Clinical Professor at the Department of Restorative Dentistry at the University of Medicine & Dentistry of New Jersey, from 1971 to 1991. He has also been the director of the Temporomandibular Joint Clinic at the Department of Otolaryngology, in the New York Eye and Ear Infirmary from 1958 to 1979. 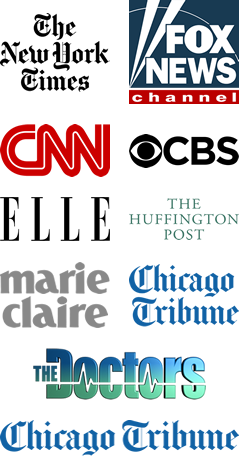